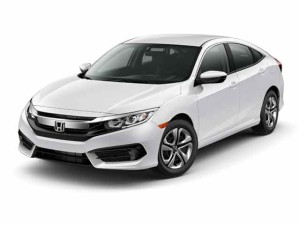 Here at Millennium Honda, it was the year of the Civic. The compact sedan that has been popular for many years came back with a new, refreshed look, and it impressed a lot of people. And, because of that, it earned the auto industry’s top award, 2016 North American Car of the Year.

Announced at the North American International Auto Show, the 2016 Civic came back with a bang. It’s longer, wider, and lower for a sporty appearance. It also was given a turbocharged option, which lets it produce 174 horsepower, while also providing you with lots of efficiencies.

Inside, the new Civic, there’s also loads of technology available, from the touch display, a standard rearview camera, the ability to connect on the go by hooking up devices and taking advantage of music streaming and other apps while you drive and controlling them from the controls mounted on the steering wheel.

That, and the vehicle is still reliable, as people know the new Honda lineup provides drivers with many trustworthy options. To see the award-winning Civic and our other models up close, stop into ourHempstead, NY showroom. We’d be happy to answer any questions, and arrange test drives.