The Indy Car Season is upon us and Honda is starting off the season strong. At the season opener, the Firestone Grand Prix of St. Petersburg, Honda drivers claimed the top six finishing positions. The winner of the event, Sebastien Bourdais, earned his second consecutive win at this event. In addition to the top six spots, Honda also earned eight of the top 10, dominating the event. 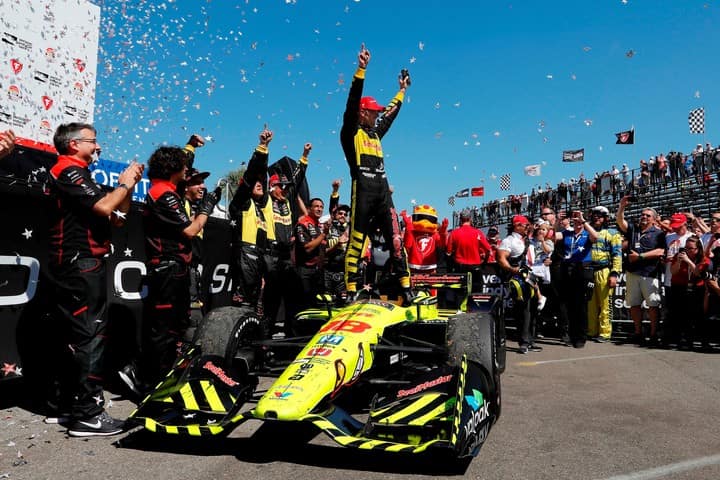 “Four Honda drivers led 105 laps of the 110-lap contest Sunday on the 1.8-mile downtown St. Petersburg circuit, with Wickens dominating at the point for a race-high 69 laps,” according to the Honda News press release. “But a late-race restart on Lap 108 gave the second-running Alexander Rossi an opportunity to mount a challenge for the lead. The pair of Honda drivers made contact in Turn One, with Wickens spinning and making light contact with the outside wall. An opportunistic Bourdais used the opening to jump from third to first, and claimed the victory as the race ended under caution.”

This exciting and eventful race shows off the outstanding skill that Honda’s racing vehicles are capable of. If you want to see footage from the race for yourself, you can do so on the Honda Racing/HPD YouTube Channel. You can also learn more information about Honda’s racing vehicles by checking out the channel’s various videos. If you want to learn more about recreational Honda vehicles, you can see what we have to offer here at Millennium Honda. Our new and used Honda dealership features an extraordinary selection of cars, vans, and SUVs perfect for the everyday driver. Feel free to give us a call at 516-874-8535, or come see us for yourself at 286 N Franklin Street in Hempstead, New York, today!